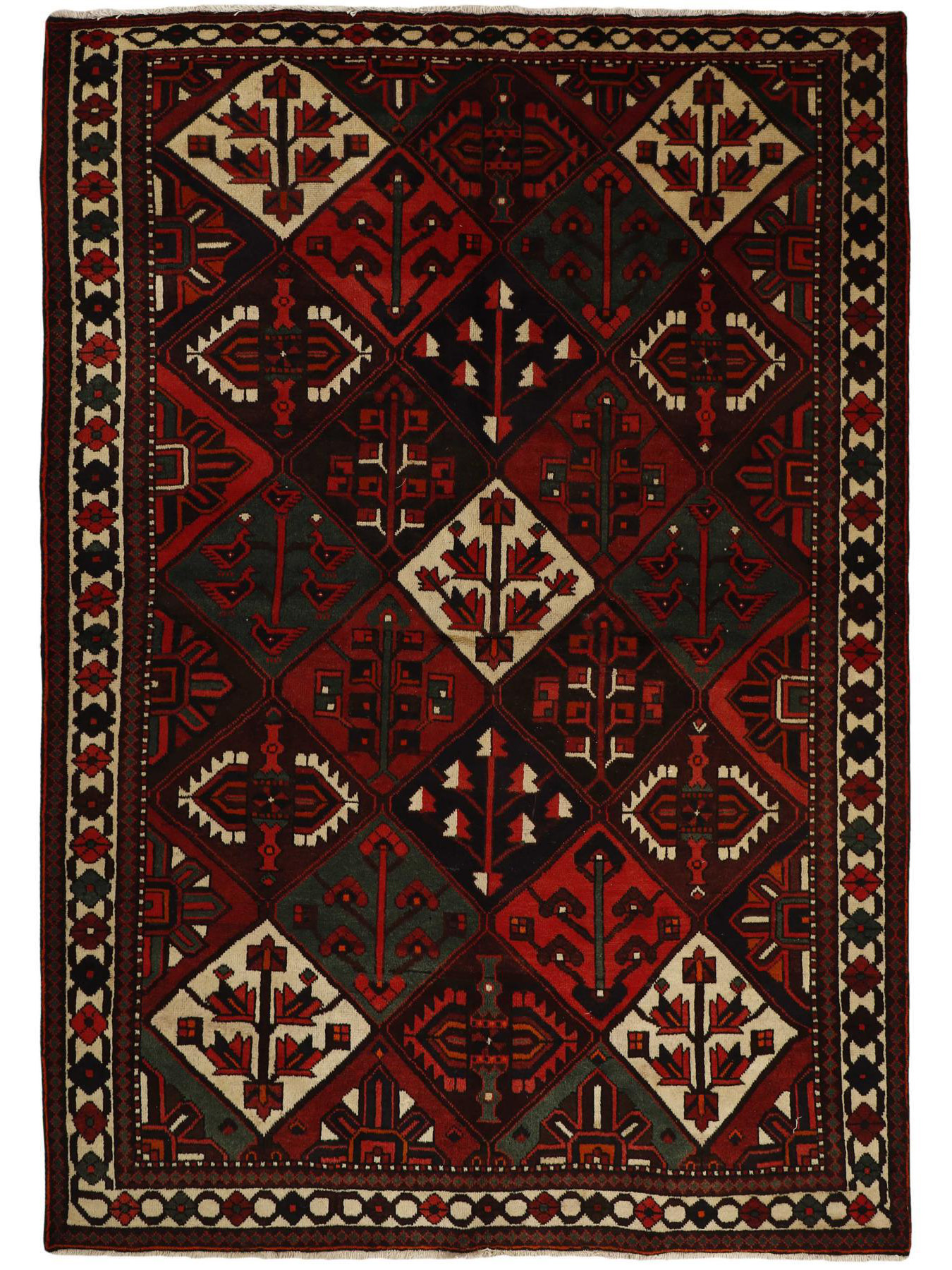 
Bakhtiar is the name of two types of rugs: one is produced by nomads in the Zagros Mountains west of Isfahan in central Iran, and the other more important rug is produced by permanent residents of the villages in the area. Only few Bakhtiyar nomad rugs reach the market – the most common are probably bag rugs that combine pile and Kelim work. Rugs from the villages are more common, and they are produced in numerous mountain villages, whose inhabitants are of Turkish, Persian or Armenian descent. They are most often sold in the bazaars of Isfahan. The most common patterns are medallions and the so-called garden patterns, which are divided into squares of different flower patterns. The pattern has ancient roots, and is often rustic, as large blocks of colour with heavy contours are used. Most colours are made from locally produced plant pigments, giving a harmonious effect to the rugs. 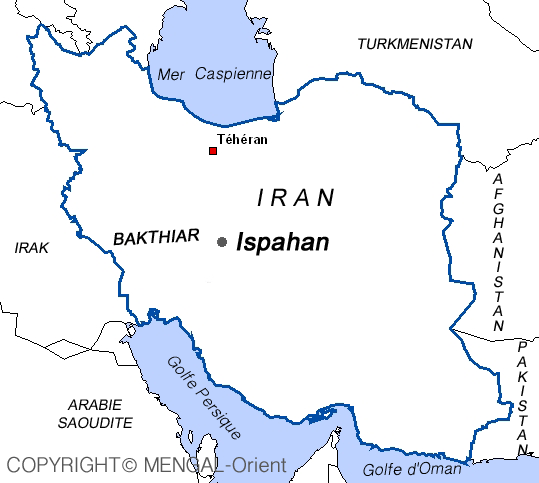