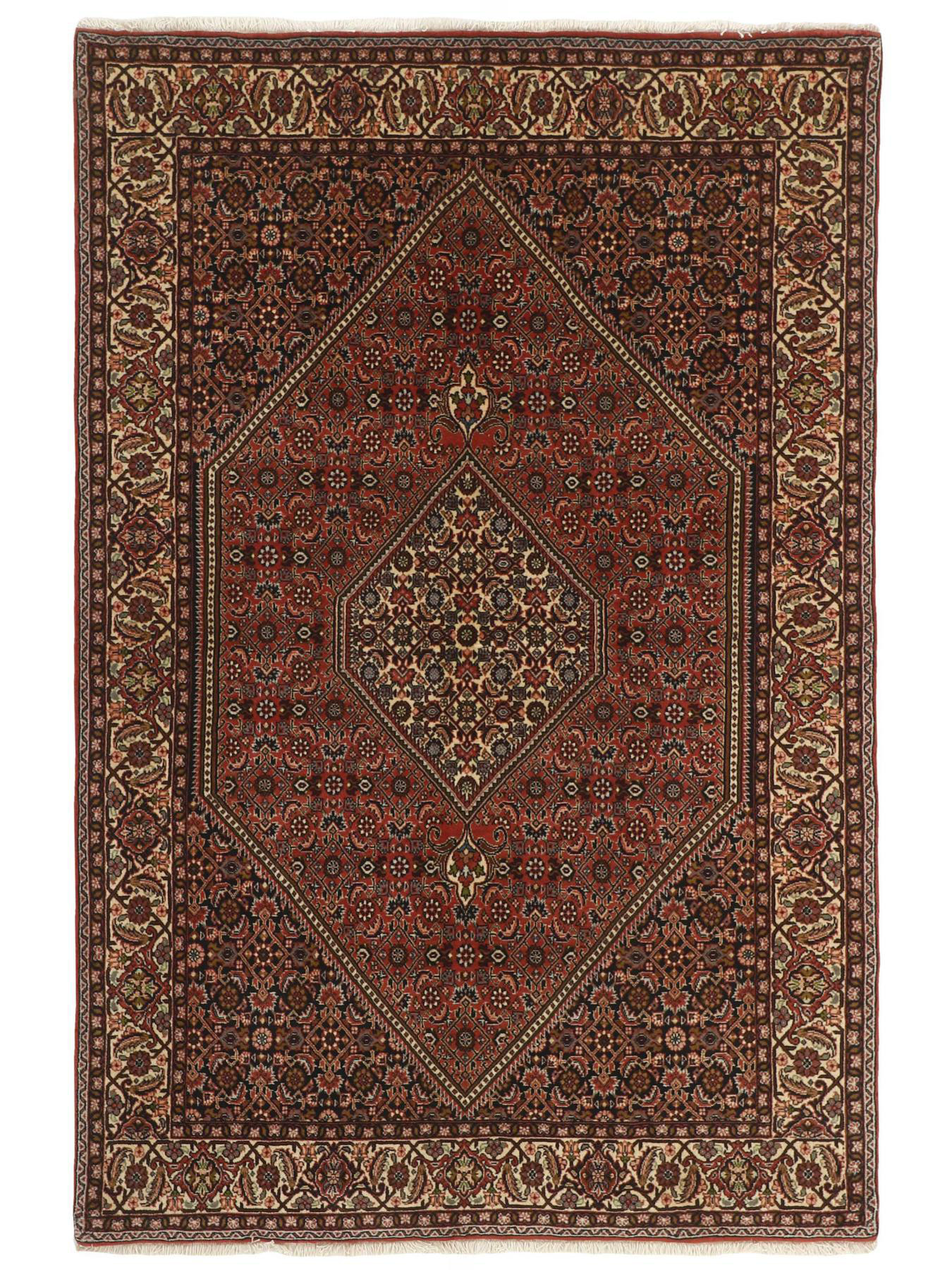 Bidjar is a city of about 50.000 people in the north-western province of Kurdistan. It lies in a fertile valley surrounded by arid mountains, and there are no significant monuments. The city  serves primarily as a market centre for the surrounding villages. Its recent history is dramatic, as the city was occupied first by the Russians and then by the Turks, during the First World  War, leading to a famine that significantly reduced the population. These events are mirrored in the city’s rug production. Before the First World War, the rugs were coarsely yet firmly  knotted, with wool warp and weft. Later, they became finer and had cotton bases. The Bidjar patterns are often Herati, but sometimes a Mahi pattern can be seen. The colours are usually  clear reds with a light trimming. The Bidjar rugs are so strongly knotted that you risk breaking the knots if you fold them together with the pile facing inwards. When folding Bidjar  rugs, it is therefore always with the pile facing outwards. You can clearly feel that much more wool is used in a Bidjar rug than in most other rugs. They feel a lot heavier and they are not as  easy to move around when lying on the floor.

The warp and weft are cotton, more rarely in wool for the older rugs.
The woolen pile is a beautiful gloss and excellent quality due to 2000-6000 knots/square decimeter.
The wefts are packed, it needs repeated blows with a tool resembling a huge iron claw, hence the appearance tight and heavy curtains.
The wool is dyed with natural pigments crafted in shades of dark blue or dark red, with contrasting tones.
The decor consists mostly of small Herati motifs on a beige uniform, ivory or dark blue field.

Avoid folding the piece with the pile inside because, due to the tight knots, the warps may rupture. Thes rugs are highly resistant to wear. 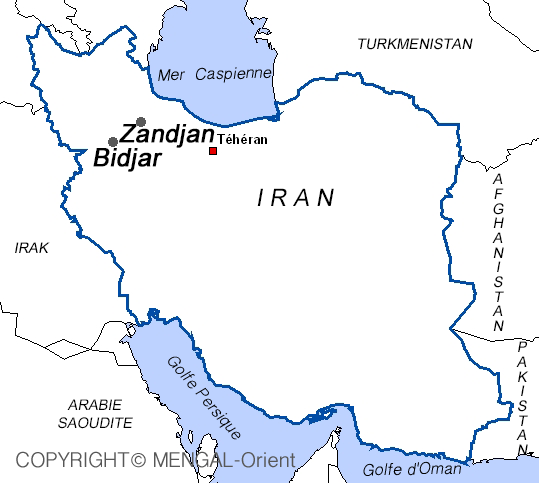